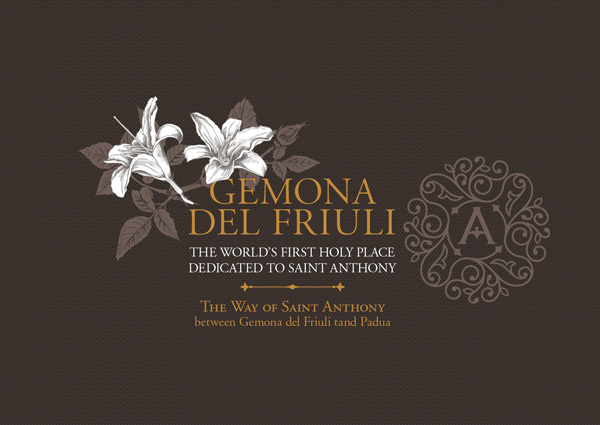 The way of
Saint Anthony

An 800-year-old Way of the spirit crossing two regions, Friuli Venezia Giulia and Veneto, in 11 stages. More than 250 kilometres, through countryside and villages, places packed with art and historic hamlets. Following in the footsteps of the Saint.

And above all, an important sign of recognition for Gemona, the world’s first holy place dedicated to Saint Anthony.

The way of Saint Anthony

On foot or by bicycle in the footsteps of Saint Anthony

The new section crossing Friuli and Veneto is the northernmost part of the Way of Saint Anthony in Italy.

One of the best-known pilgrimage routes has now been extended with a new section, from Gemona del Friuli to Padua, in the year marking the 800th anniversary of the Saint’s arrival in Italy, shipwrecked off Capo Milazzo in Sicily, from which he travelled to Assisi, Padua and Gemona. The first experiments with this Way date back to 2019, when Gemona hosted a famous convention, after which the project began to take shape.

The Way covers more than 250 kilometres in 11 stages, five in Friuli and six in Veneto, averaging 25 kilometres per day. In some sections it coincides with the  Romea Strata and the Way of Saint Christopher. A path through places of faith, art, history and culture travelling the entire Italian peninsula from Gemona to Capo Milazzo, in Sicily, where the Saint of Miracles is said to have survived a shipwreck in 1221, the year in which he met Saint Francis. 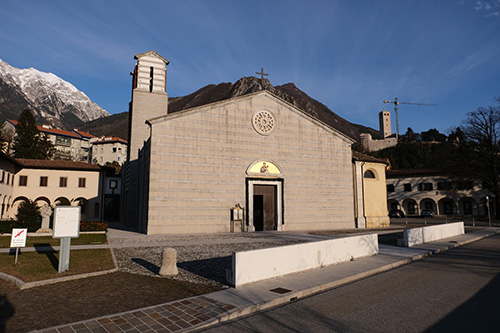 The Sanctuary of Saint Anthony in Gemona

Universally recognised as the  world’s oldest place of worship dedicated to the Saint of Miracles. The older church, initially dedicated to the Blessed Virgin Mary, was re-dedicated to Saint Anthony in 1248, only 17 years after his death, before the Basilica opened in Padua in 1310. Thus Gemona del Friuli becomes the ideal "gateway", the starting point of a Way following in the footsteps of a beloved Saint, ideally joining the north of Italy with the south, and specifically Capo Milazzo in Sicily. 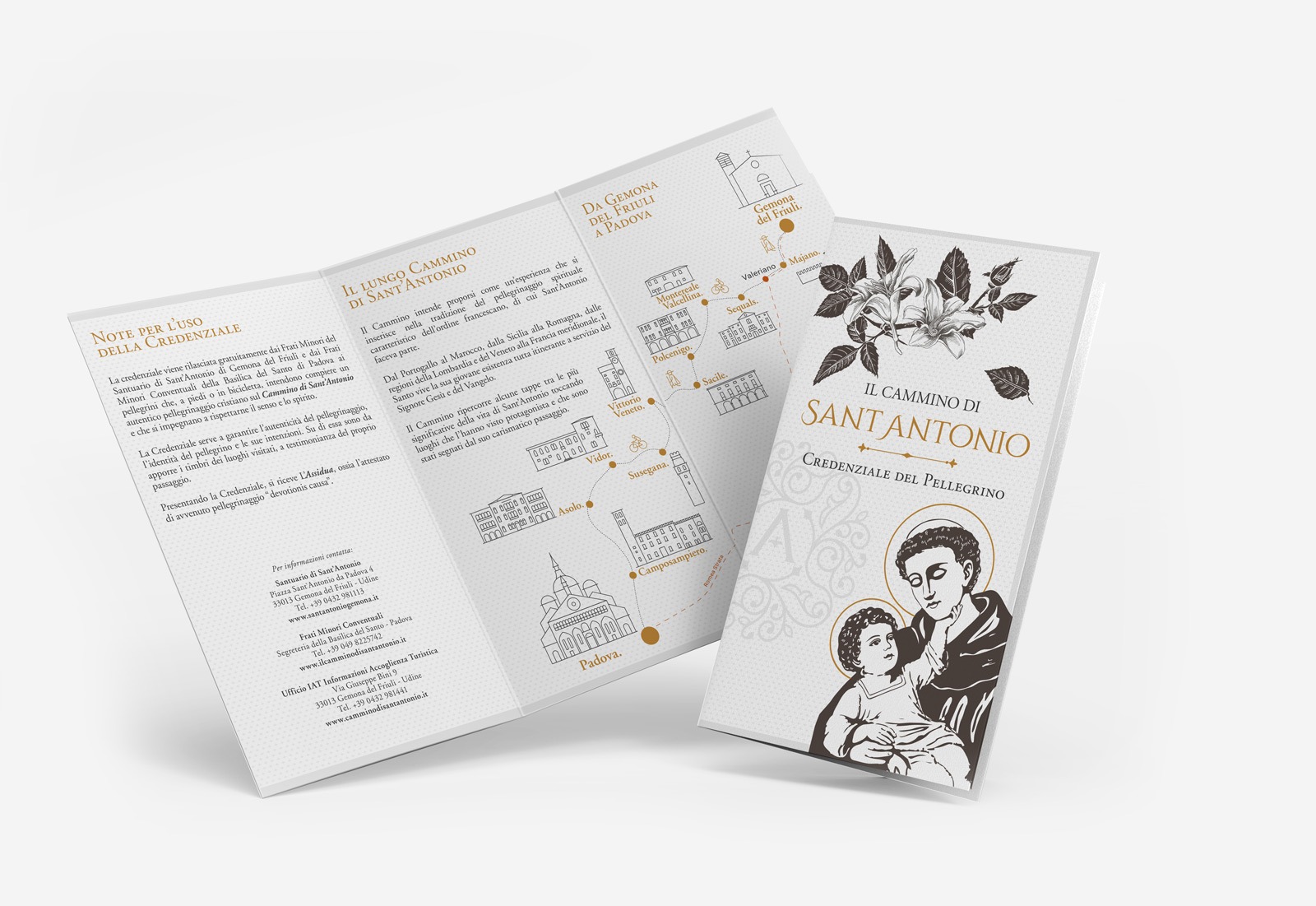 How to prepare spiritually and get your pilgrim credential

If you wish to travel the Way of Saint Anthony as a pilgrim on foot or by bicycle, in the true Christian spirit, it is important that you agree with the meaning and spirit of the Way.

Saint Anthony was first of all a pilgrim, in the tradition begun by Saint Francis and followed by the Franciscan Order which Francis established and Anthony joined. Anthony crossed Italy and all of Europe carrying his message of faith and devotion.

Travelling the Way of Saint Anthony will take you to the places the charismatic Saint passed through, and offer you the experience of spiritual pilgrimage characteristic of the Franciscan Order. 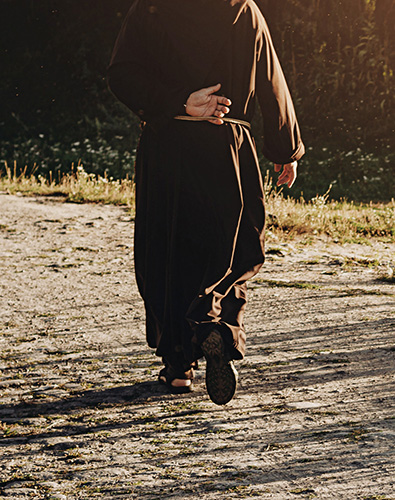 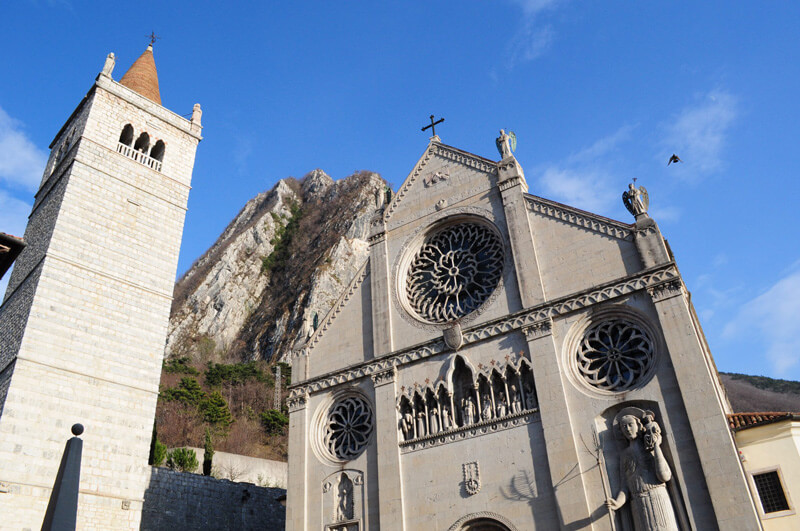 Slow tourism, worship and the beauty of nature

The pilgrimage routes that cross the beautiful peninsula of Italy ideally represent the form of “slow tourism” currently enjoying new popularity in the religious and secular worlds alike. This form of tourism embraces slowness, experiencing nature in a sustainable way, rediscovering local traditions and filling the eyes with the beauty of nature, the landscape, art and history.

The "Comitato Cammini" is a committee supported by MiBACT, Italy’s cultural heritage ministry, which promotes slow mobility and walking routes all over Italy. Gemona del Friuli is very happy to join this network of green footpaths, in which the opportunity to travel on foot expresses a sustainable, customisable, truly exciting new form of tourism and travel.

With the support of:

THE WAY OF SAINT ANTHONY

THE WAY OF SAINT ANTHONY